I had a process where I wanted users to fill out a survey which had hierarchal categories AND be able to specify some additional data for specific capabilities that the user had. 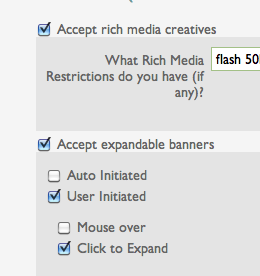 Now, you could easily do this for a small subset and hand-code every item, but I wanted a flexible survey system that allowed true hierarchy and generalized code.

Let’s start off with the basic survey and capabilities models and relationships:

Your first attempt at making a survey map to many capabilities will be something like this (formtastic):

But while that works on a basic level, it doesn’t work for capabilities that have a hierarchy and it doesn’t allow the user to specify additional data (i.e. answer a question about the capability).

So we’re going to need to accept nested resources. So we add this line to survey.rb:

First, let’s make a quick way to show/hide enable/disable elements within a div:

Now let’s create a helper that will set up the capabilities checkboxes and nested inputs:

There is a lot going on here. Let’s step through.

Keep in mind that we’re recursive, so first off, we’re passing in the collection of Capabilities we’re dealing with through the “collection” parameter, but that isn’t what we need to create in terms of nested form attributes–we need SurveyCapability objects for that, so we have to find or build them:

Then we create the fields_for section for nested form attributes and pass in the SurveyCapability we just created. Since we can specify that we want checkboxes here and specify the value, we make the checkbox the capability_id and make sure the ‘checked_value’ is the capability.id (it is ‘1’ by default).

And while we’re at it, we’ll create a way to remove the relationship altogether if they uncheck the capability

Finally, we build up the optional sub-question in the case of a click:

And now we can add the :onclick option to the original checkbox so that appropriate inputs are toggled on click:

After we’ve got all that going on, we simply have to place it in the _form view:

Instead of doing Capability.find…, let’s add a named scope to the Capability class:

Yeah! Now you don’t have to change your controllers at all and you can have optional, hierarchal selection of checkboxes with nested attributes!